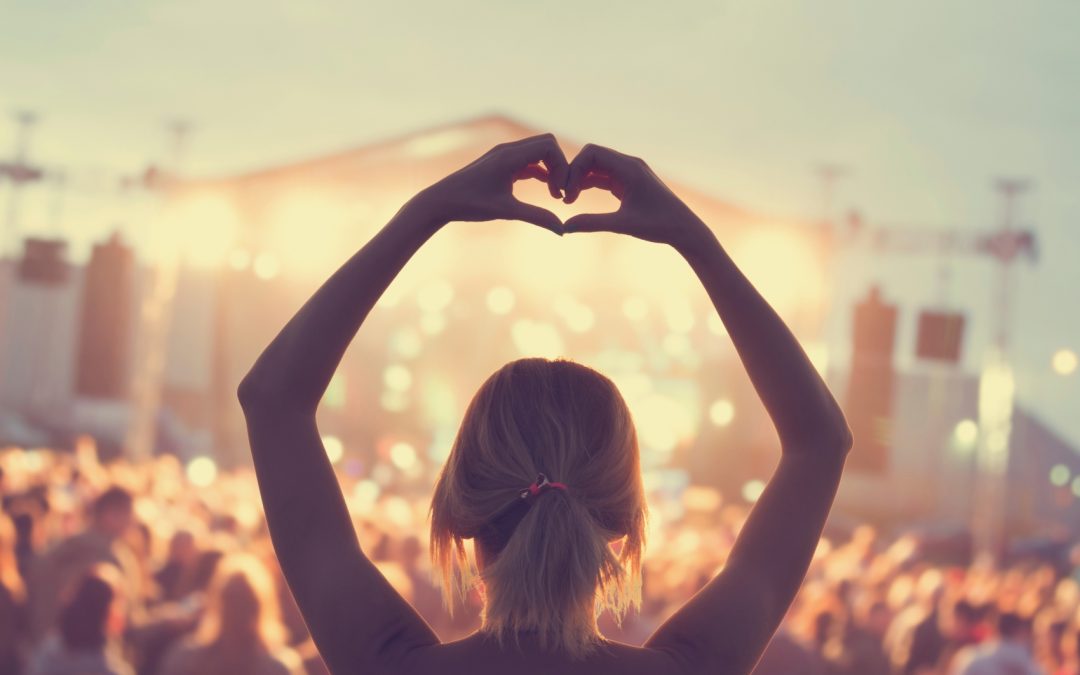 The monster that is BIGSOUND, Australia’s largest gathering for contemporary music, took over Fortitude Valley, Brisbane for four days and nights in September, with more than 150 artists performing across eight venues. Now in its 16th year, it has become the biggest event of its kind in the Australian music industry’s calendar. It has been a launching pad for many careers and plays a vital role in developing and showcasing contemporary Australian artists, also helping to foster and promote Australia’s creative talent to the world.

It is also an important conference event for those involved in the Australian music industry and its panels address many of the key issues facing the music industry today. From mental health and gender representation in the industry, to AI and VR applications, industry delegates discussed a myriad of topics. This year Ray and Carol from the Mood Media creative department attended to take a snapshot (both literally and figuratively) of the current Australian music scene.

And this year people were talking a lot about data, and about a lot of data. It is likely that you are swimming in it, including data from the uptake of streaming services that tell you an enormous amount about who your listener is, where they live and what else they’re listening to, to how often they’re listening to you. But the question still on the industry’s lips is: ‘What does it all mean?’

Data can offer insights into trends and be predictive in certain instances, but ultimately it comes down to the detail in the data analysis. For example, the standout single of 2017 so far, Despacito, has become the most viewed YouTube video in history and has introduced a sudden wave of Latin influence to the Australian and worldwide charts. Is this indicative of a sudden change in musical taste globally, or is it that we can now accurately track the listening habits of whole continents that were previously unknown?

Look at the history of the music industry in many South American countries and note that until the arrival of legal music streaming services in South America, music was largely acquired illegally and went untracked. Due to this, accurate chart reporting was impossible until recently. All this has changed. With the influence of accurate, traceable data, people’s listening habits are simply being recorded and reflected more realistically in chart activity, rather than depicting a sudden shift in music taste.

The immediate effect of such change has seen a rise in record companies releasing Latin influenced/crossover singles. For example, the recent collaboration between UK girl group Little Mix and Latin American boyband CNCO, Reggaeton Lento successfully appealed to two mass markets off the back of Despacito’s success. Also, there is the arrival of perceived ‘new’ artists such as J. Balvin and Wisin who, in reality, have had long and successful careers in Latin America.

On the one hand, data is giving a global audience to music genres that were previously region-specific. On the other, the effect of global playlisting on these streaming services can create an echo chamber where an established artist can dominate global charts, as Ed Sheeran did earlier this year, with every track on his newly released album Divide making the singles chart in numerous countries. This can have a detrimental effect on local and independent artists.

As streaming plays are now taken into account in calculating the singles chart, it can be harder and harder for less established artists to get a foothold on the charts. Currently there are just two Australian artist’s singles in the Top 40 and the top of the charts is dominated by the same artists internationally, creating less opportunity for local acts.

So it’s no surprise that the importance of programming Australian content was a hot topic of discussion at this year’s BIGSOUND and the music industry is looking to challenge these new chart phenomena in a variety of ways. Ultimately, it comes down to local support for local artists, so music curation and playlisting across all media platforms must actively support local music if Australian artist are to survive and gain an audience.

After sitting through numerous panels addressing the value in this recent abundance of data, the conclusion appears to be that although data now provides us with more information than we ever knew we needed, the value of such data is still in question. With different providers supplying contradictory results, without human analysis and curation it’s all just statistics that can be interpreted in any number of ways.

The good news is that your job is not going to be given to an algorithm any time soon. The strategy to save Australian and independent music is the same as the one you use to differentiate your brand: look beyond the global echo chamber and drill down into more niche data that fits your audience needs.

An understanding and awareness of local trends, of who and what is generating interest through live gigs, reviews, blogs and popularity beyond the realm of the streaming world is essential to gain a fully-rounded understanding of current music trends. Once you evaluate data such as ticket sales for live performances of Australian artists and the social media buzz from their fans, or use data to identify music influencers and the Australian artists they are discovering and enjoying, it will help turn the volume up on local and independent music.

You already know there are more charts than the mainstream Australian and global Top 40, but making sense of what you should be tracking is where the data can get confusing. People may be downloading a certain song or album in great numbers, but what songs do they listen to again and again? What time of day are certain songs popular? What’s at the top of the underground music charts?

The average listener curates playlists and their music collection from what they already know. It is the job of the music industry to take calculated risks and introduce them to new music, and even new genres of music that we think they will enjoy. This is where we find the deep knowledge and experience music curators is essential, and is what our clients are looking for when looking for background music and other audio branding. Being able to dive deep into the data and accurately discern what is musically relevant and what is just noise, is necessary to grow our music industry and also really appeal to listeners.

Mood Media delivers sensory branding and plays more than 180 million songs per day to 150 million people across more than 50 countries around the globe. This essentially makes Mood the world’s number one radio station BUT a station with a difference, thanks due to the music designers, curating eclectic and inclusive playlists for the hundreds of brands that they work with.  https://moodmedia.com.au/